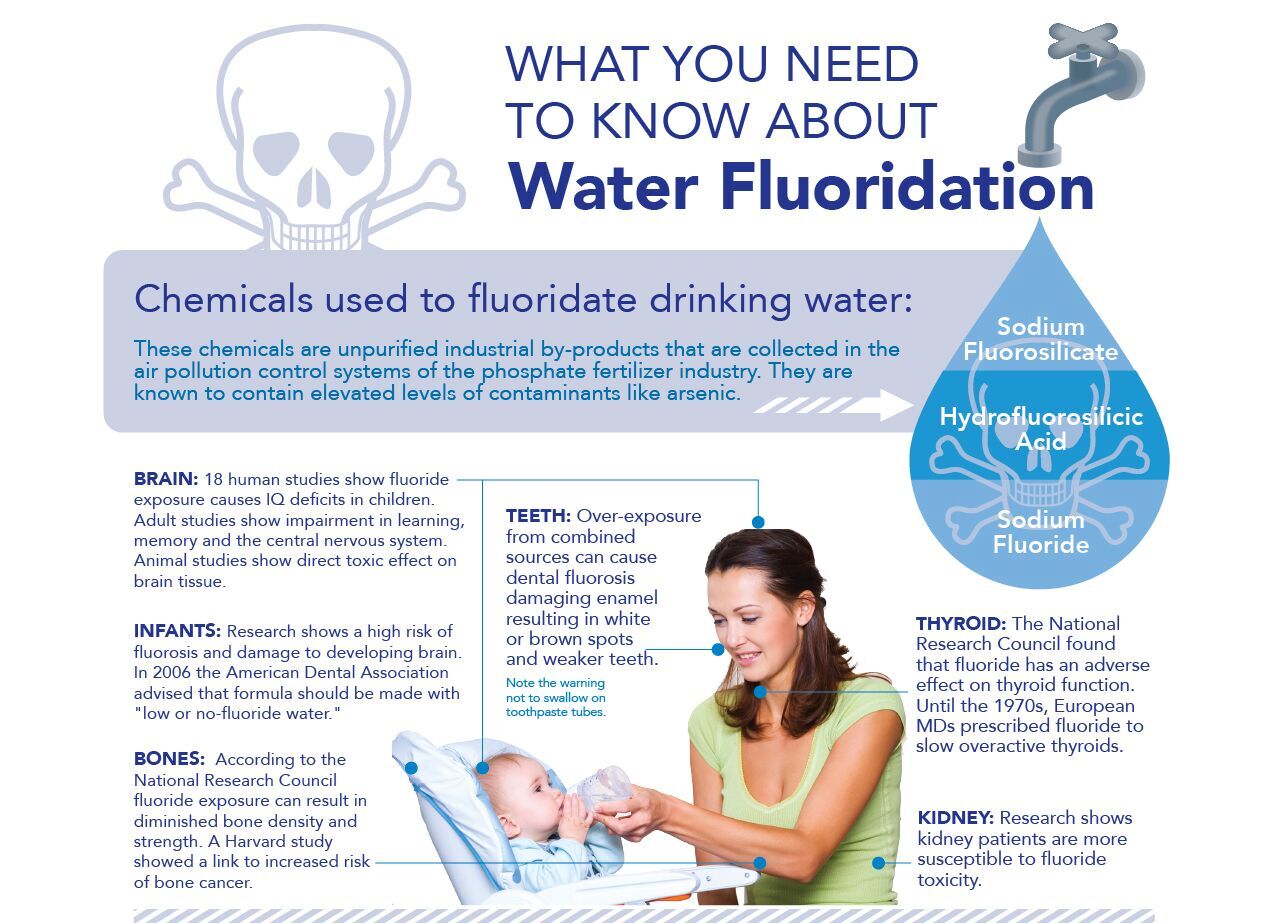 Facts about Fluoride in Drinking Water.

97% of Western Europe does not fluoridate.

The fluorides used in our water are chemical byproducts of phosphate fertilizer manufacturing.

No other medicine (fluoride is a medicine) is added to our water for a pharmaceutical purpose.

Toothpaste and mouthwash are more effective, less intrusive ways to fluoridate for those who want it.

THYROID: The National Research Council found that fluoride has an adverse effect on thyroid function. Until the 1970's, European MDs prescribed fluoride to slow overactive thyroids.